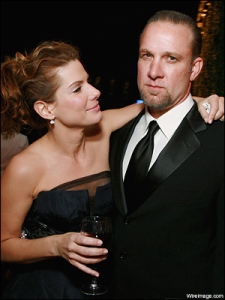 Okay I don’t usually rant – but this has been building up for years.

I can somewhat understand the public’s interest in celebritie’s lives, moreso their misfortunes (makes us regular folks feel good in some sick way).  But what I just can’t understand is how somehow, somewhere along the way – the general public developed this ‘shock and awe’ towards celebrities in the event that something ‘human’ like death, or cheating, or divorce or eating sandwiches becomes part of their existence (or non-existence if they had too much “fun” and died). As if celebrities have some kind of magic that keeps them above regular humans – they simply aren’t capable of the same level of life bullshit that we have to endure.

Seriously – I think we need to start spreading the word, and letting our friends and family know – celebrities are NOT bionic or in anyway above the ‘shitty shit’ that us minions are also exposed to. Celebrities are not immune from getting cancer, cheating on their partners, getting fat, or dying etc etc etc. I’m so sick of people being SHOCKED and BAFFLED STILL after Michael Jackson kicked the bucket. – “What how could he die – he’s the King of Pop, doesn’t that extend his life at ALL?” No he is STILL a human and treated his body poorly and then he died. And if you cried over MJ dying and you didn’t know him personally or weren’t related to him – I bet money that you’ve never lost anyone close to you. If you are crying over a man you’ve never known, I don’t think you know what it’s like to really lose. Yes – Michael Jackson did a lot for music and inspired people and artists – but guess what, the man hasn’t released an album in ten years. That music that inspires you and makes you wanna ‘dance it up when you are loserpissed at a wedding social – still exists after his death. Don’t worry “Thriller” will still be around for your children.

Or the aftermath of Tiger Woods? “What he has a dick and he fucked other women because when the man comes out of Chili’s the entire staff throws their pussies in his face and asks for a quick night of meaningless sex? HE SAID YES??? But he’s the greatest golfer who ever lived, doesn’t extremely high levels of skill in GOLF make you grow a giant conscious and doesn’t it cancel out your ‘skinny man’ complex that kept you a virgin til college?” NO it doesn’t, the man shits money and can lay a different hot woman every night – and I don’t think it’s right, I just don’t think it’s a SURPRISE.

Corey Haim – no one gives a shit about this guy since he made one vampire movie in 1981, then he dies and now he’s important to EVERYONE. And the ‘mystery’ of his death MUST be known to the public, seems like people can’t sleep at night until they know how someone could die so young. People die young all the time, people that abuse drugs for their entire adult life – do die from that yes. Who cares if it was an overdose or if it wasn’t. His body gave out – he’s not MAGIC, he’s a person who didn’t take care of himself. He’s dead – sorry if you were tight with Corey Haim.

And now the latest – Sandra Bullock. Yes I know tragic. How could Jesse James former ‘bad boy married to a porn star’ cheat on the adorable Sandra Bullock – AND RIGHT AFTER SHE WON AND OSCAR – booo bad timing Jesse!! Okay this one kinda bothered me too – I admit, not because it was a surprise but because it seems like Sandra Bullock is the type of person who would never even say ‘fuck’ – but I’m sure she has. She’s not perfect and neither is Jesse – clearly. This shit does happen EVEN to couples you think are ‘in love’ based on photo ops and oscar winning speeches. No one knows what goes on in someone’s private relationship – so I just wish everyone would stop trying to CSI this shit and live their own relationship drama. I think certain women really need to open their eyes, Yes Sandra Bullock was cheated on, so was Uma Thurman, and Jennifer Anniston. It’s not about being this beautiful perfect looking concept that makes men not cheat. It doesn’t matter if you are Uma Thurman or if you have fake tits, the ‘perfect body’, or were recently in a billboard campaign for The Gap. Some men cheat and their reasons for doing so have nothing to do with how ‘gorgeous’ their wives are – being ‘celebrity beautiful’ doesn’t exempt a woman from being cheated on or divorced. These women in the spotlight are still women, no magic-no special non-cheating privileges apply. They can still lose a man or kill a man – just like any of us.

I can’t take it anymore – the stupidity is starting to make me have rage blackouts. So please help me spread the word to anyone who will listen, please let the world know: Celebrities are humans, not Magic!